The human brain is primarily social. Pretty much everything that really matters in life is social. The brain also sees the workplace primarily as a social set-up. Actually, observing the social surroundings is what the brain loves to do, when it isn’t deliberately focusing on something else. So it makes sense to have some kind of lens to observe and to make sense of the social dynamics we are all involved in.

The SCARF model, initially published in the 2008 NeuroLeadership Summit in New York by David Rock, summarizes discoveries relevant for understanding the social brain. When I first heard about the SCARF model in the New York summit, I was genuinely impressed about its clarity and usefulness. After having heard numerous summit presentations about the brain and its quirks, I felt pretty overwhelmed. So much information, so many details, so much hard-to-remember abbreviations of different brain areas. How am I going to make sense of this all? Then comes the SCARF model and creates much needed clarity. Ever since, in our work with thousands of people from various fields, the SCARF model has proven to be easy to understand and remember, and also is very actionable in real life situations.

The SCARF model is built on three central ideas:

SCARF sums up five key social drivers, and in doing so, helps us create psychological safety for ourselves and for others. The elements are:

Status, although I prefer Significance. Do I have the perception that my contribution is valued? Status refers to our sense of importance relative to others. It can also be seen as another word for respect and appreciation.

Certainty. Do I know what happens next? Our brain wants to have a fairly good idea of what is going to happen. We do like novelty and pleasant surprises, but only to an extent. Certainty is far more important than novelty.

Autonomy. Do I have a say? Autonomy is about choice. An interesting thing about stress tolerance and autonomy is that as long as we feel that we can impact our situation, we can handle quite a lot of work load and still feel well.

Relatedness. Are we in this together? Relatedness is about whether we feel a connection with people: do we perceive somebody to be our friend, do we see what we have in common with them? It is about other people being in our in-group or out-group: “us” versus “them”.

Fairness. Do I perceive exchange as fair? To experience unfairness triggers a strong reaction which is similar to physical disgust. What is interesting is that a perception of fair process matters as much as the outcome: We can perceive quite a lot of hard work and sacrifices as fair, as long as we feel fairly treated in the process.

What are the practical implications then?

For example, we know from brain studies that people process the situation with different brain networks depending on whether one feels relatedness with the other person or not. If we do, then we use the same brain networks when we deal with the other person as we use to process our own thoughts – whereas if we see them out-group, we use the same networks as we use for processing objects. This really makes a difference, as studies show that we for example feel minimal empathy for out-group members. Another interesting finding is that we tend to be motivated to see in-group members win and out-group members fail.

These five social domains are relevant for all people. Obviously, there are individual differences regarding the importance of the elements. E.g. autonomy and status/significance are the most important ones for me personally. However, that doesn’t mean that the other elements would be irrelevant for me. So, SCARF is not a tool for analyzing differences, but a tool for understanding similarities and understanding our shared experience of humanity.

You can use the SCARF model to make sense of your social interactions and build psychological safety for yourself and others. You can do it BEFORE interactions take place, DURING the interaction, and AFTER.

You can for example use the SCARF model before sending out an important email to ensure that you will not offend somebody by accident. This is what I do regularly. I first type the message but before pressing the send button, I run a SCARF audit on my email and quite often I end up adding or removing something or rounding up some unnecessary sharpness here and there. Sometimes I actually come to a conclusion that it’s better to have a conversation instead of sending an email.

Before an important meeting, you can think through which SCARF elements may be impacted for the other persons – and yourself – and take steps to positively affect these. For example, if you need to communicate a difficult decision, you can pay attention to being respectful and inclusive in your communication, creating  as much clarity on what will happen as possible, and genuinely leaving room for others to affect the situation. You may also prepare yourself for your own possible unpleasant feelings of unrelatedness with others or feeling unfairly assessed by them.

During a meeting, you can adapt in the moment if you notice a SCARF threat occurring. And after the meeting, you can use the SCARF language to make sense of what happened. SCARF can help you notice that if a client meeting didn’t go so well, maybe it was because the client experienced too much uncertainty, and too little autonomy. SCARF can help you become aware of what you can do differently next time.

Put on your SCARF!

Want to dig deeper into the science? 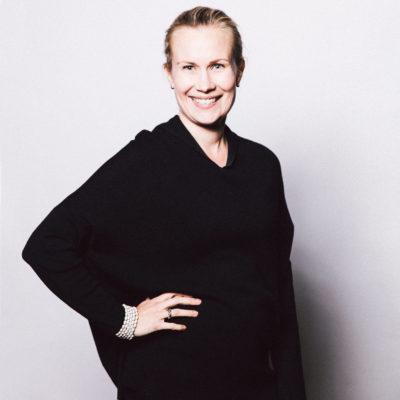